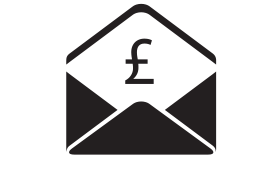 Kairos WWT works to increase the safety, stability, and self-belief of women in Coventry affected by or at risk of exploitation, through emotional and practical support, advocacy and awareness raising.

Street Outreach was the first service offered and through this initiative the trust of the women was gained and relationships formed. Over the years, and in line with the women’s wishes, the project developed, gaining Charity status in 2002.

Kairos WWT now employs a team of 11 staff to undertake the work and is supported by a team of round 20 volunteers. Each year Kairos supports 200 women, either involved in street based prostitution or at risk of sexual exploitation.

The Charity made its first grant when the original volunteers needed a computer to manage their work.  One of the reasons we have continued to support their work is that Kairos WWT has always been hardheaded and business-like.

When a large three-year grant was not going to be renewed they reviewed their work and changed the way they worked to be sustainable rather than expend energy and time to try to maintain the status quo.

When they have raised sufficient to meet their budget they have told us. This honesty, efficiency and competence makes it easy to support the valuable work that they are doing in Coventry.

Warwickshire Young Carers is an independent registered charity, established in 2003, created to help identify and provide support for children and young people from 6 to 25 years old who care for a relative such as siblings, parents, or grandparents who have an illness, disability, mental health condition or substance dependence.

There are currently more than 2,700 young carers from across the county registered with our organisation, while many still remain hidden.

The Trustees whilst in admiration of what young carers do, see their experience as yet another instance of children and young people needing help to develop into their full potential. Their initial grant was to help carers under ten years old.

The Trustees support things that transform lives: here music is the agent not the goal.

The relationship between the Alan Edward Higgs Charity and Armonico Consort goes back to a concert in Coventry Cathedral in 2018, which was the culmination of the ‘Supersize Polyphony’ project involving local school children in a huge 40-part choral texture, using a specially written ‘Part 41’.

This type of work has been the hallmark of Armonico’s activity supported by the Charity.

The strategic investment which the Charity has made in Armonico Consort’s ‘AC Academy’ choir creation work with children and young people (including composition workshops for those with special needs) has allowed Armonico to further develop its delivery methods and reach many thousands more young people in the Coventry, Warwickshire and Solihull area.

Armonico has already worked with 77 schools in Coventry alone, and all eight SEN schools.

The heart of Armonico’s approach is to give young people opportunities to appreciate and be involved in professional-standard concerts of the group’s core classical repertoire alongside professional singers and players, along with chances to show off their skills as performers in their own right in a variety of other musical styles.

In the context of a world where music education is being deprioritised and the covid-19 lockdown threatens a ‘lost generation’ of young musicians, Armonico Consort, supported by the Alan Edward Higgs Charity, is spreading a love of music which will last a lifetime, along with a range of benefits of singing including improved co-operation, use of language, behaviour, self-esteem and mental wellbeing.

We use cookies on our website to give you the most relevant experience by remembering your preferences and repeat visits. By clicking “Accept All”, you consent to the use of ALL the cookies. However, you may visit "Cookie Settings" to provide a controlled consent.
Cookie SettingsAccept All
Manage consent

This website uses cookies to improve your experience while you navigate through the website. Out of these, the cookies that are categorized as necessary are stored on your browser as they are essential for the working of basic functionalities of the website. We also use third-party cookies that help us analyze and understand how you use this website. These cookies will be stored in your browser only with your consent. You also have the option to opt-out of these cookies. But opting out of some of these cookies may affect your browsing experience.
Necessary Always Enabled
Necessary cookies are absolutely essential for the website to function properly. This category only includes cookies that ensures basic functionalities and security features of the website. These cookies do not store any personal information.
Non-necessary
Any cookies that may not be particularly necessary for the website to function and is used specifically to collect user personal data via analytics, ads, other embedded contents are termed as non-necessary cookies. It is mandatory to procure user consent prior to running these cookies on your website.
SAVE & ACCEPT